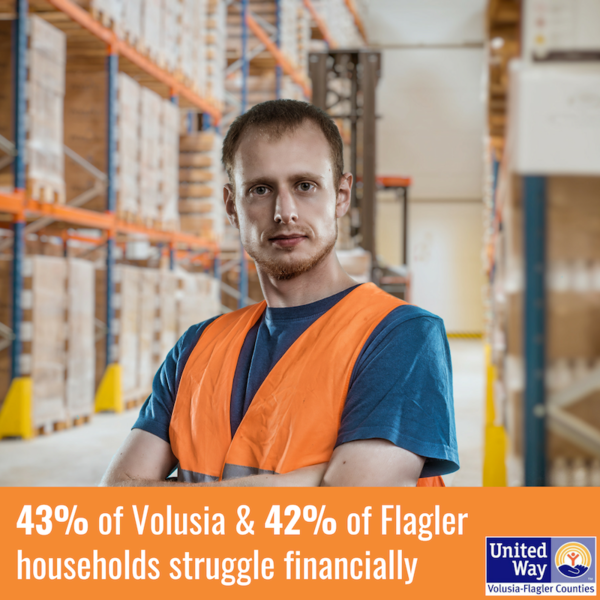 This month, the United Way of Florida released the 2018 United Way ALICE Report. The groundbreaking study, sponsored by United Ways across the country and conducted by Rutgers University, details the state of financial hardship in local communities.

ALICE® is an acronym for Asset-Limited, Income-Constrained, Employed. ALICE describes the large population of households in our communities who earn more than the Federal Poverty Level, but not enough to meet the basic costs of living—housing, food, childcare, health care, transportation, taxes, and technology.

The 2018 Report, based on 2016 data from various sources, shows that 46 percent of Florida households—more than 3.4 million—fall into the ALICE population or below.

The ALICE Report provides a Household Survival Budget for each county that reflects the bare-minimum cost to live and work in the modern economy. Though the Federal Poverty Level for a family of four is $24,300, the annual basic cost of living for a family of four in Volusia County is $56,040 and $57,432 in Flagler County.

This year, United Way of Volusia-Flagler Counties distributed $1.3 million in Community Impact funding to empower ALICE families through Education, Financial Stability, and Health programs. Funds are raised and invested locally to help those in crisis and to prevent families, seniors, veterans, and other vulnerable members of the community from falling into poverty.